Bollywood actor Varun Dhawan is enjoying the success of his most recent movie, Bhediya, which also stars Kriti Sanon. The actor’s performance was praised by viewers who adored the movie. Talking about the film, Varun plays a young man who gains the ability to shift into a werewolf in the film directed by the accomplished director Amar Kaushik.

Well today, the actor uploaded a photo of himself on his social media but its Janhvi Kapoor and his banter that caught our attention.

Varun posted a photo of himself posing and standing in the woods on his official Instagram account. He captioned the picture with an emoji of a tongue. To which Janhvi Kapoor asked What does this caption mean? And Varun was soon to respond saying “janhvikapoor it means u shd eat your cheese.”

Well it’s interesting to note that, Varun and Janhvi will star in Bawaal. And after witnessing their off screen banter fans are super excited to see them on the big screens together. 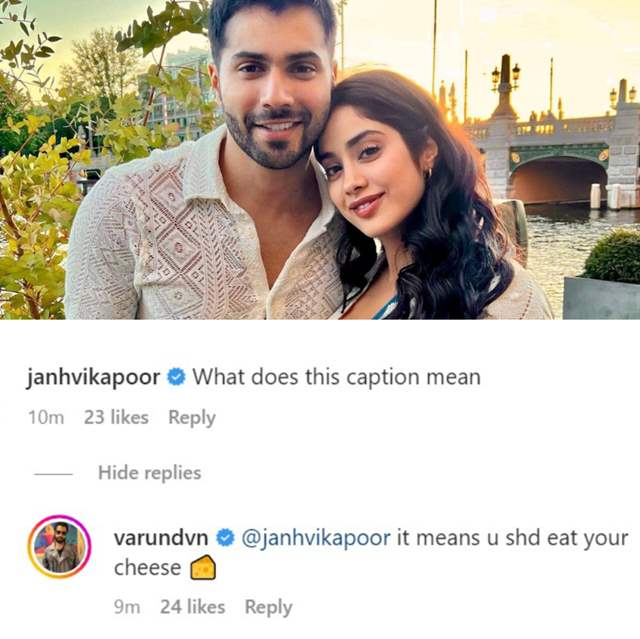 For the unversed, Bawaal is produced by Sajid Nadiadwala, under the banner of Nadiadwala Grandson and is co-produced by EarthSky Pictures. The film is directed by Nitesh Tiwari and will hit screens on 7th April 2023.

The “Grocery Store” Ranch Dressing Showdown: Newman’s Own vs. Hidden Valley vs. Wishbone vs. Ken’s