For more stories like this one, subscribe to Hungry For MO on Apple Podcasts, Spotify or Stitcher.

In St. Louis, Missouri, Imo’s Pizza is an institution.

Customers flock here for what Imo’s calls “the original St. Louis-style pizza”: a square-cut pie with an unleavened cracker crust and topped with processed Provel cheese, a city-specific blend of cheddar, Swiss and provolone.

“It all just goes together so well and it just melts perfectly, and with that crispy crust, it’s to die for,” says customer Stephanie Meyer, a lifelong St. Louis resident. “You know, growing up on it, it’s always been a staple. It’s always been good pizza.”

Not everyone agrees. At nearby Pi Pizzeria in St. Louis, servers used to wear shirts with the word Provel crossed out. And TV talk show host Jimmy Kimmel, whose wife hails from St. Louis, regularly makes celebrity guests like Simone Biles debate this pizza live on air.

Actor Jon Hamm, a St. Louis native, is a ready defender — saying that, to him, Imo’s Pizza tastes like “the Gateway Arch” and “11 World Series victories.”

Of the many regional pizzas in the U.S., is there another that elicits as much scrutiny and debate as St. Louis-style and its iconic cheese? 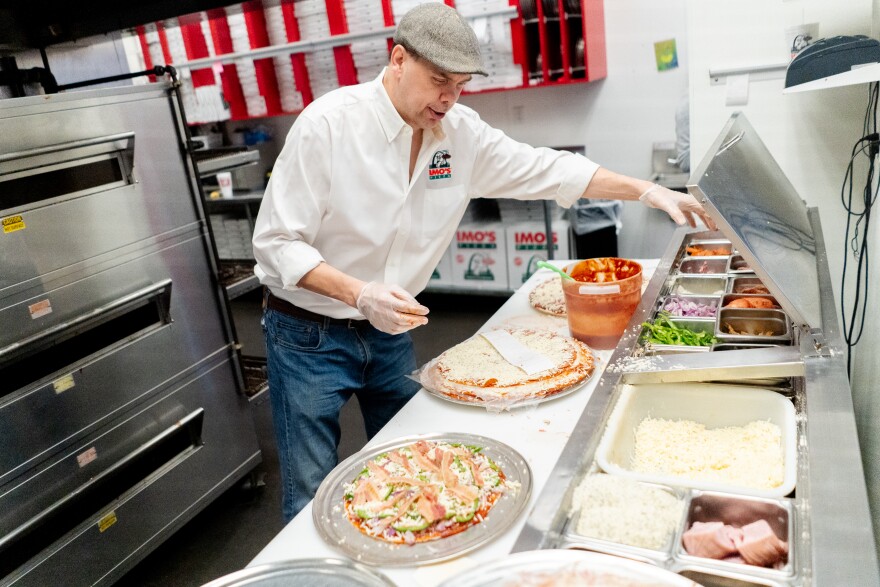 Kenji López-Alt — author of The Food Lab, food writer for the New York Times and self-proclaimed pizza enthusiast — saw this phenomenon firsthand when he traveled to St. Louis in 2014. He took to Twitter to ask locals where and what he should eat while he was in town.

“People would tell me to stop and get St. Louis-style pizza,” López-Alt says, “and then in that same thread, other people were like, ‘But before you go, we should set your…