CHEESE is often portrayed as the favourite food of mice in cartoons, movies and other media. But is it really true that these rodents love them? 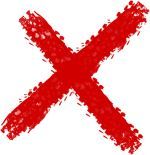 MICE do eat cheese, but it isn’t necessarily true that they prefer or even like it.

“A mouse will eat anything that has some sort of nutritional value, including cheese.

“However, studies show that given a choice, a mouse would pick a sweeter food choice like fruit or candy over cheese,” read an excerpt from the Orlando Science Centre’s website.

The museum in Florida, United States, also explained that the myth that mice love cheese came from medieval times when families did not have refrigerators.

During those days, families hung meat from the ceiling and stored grain in silos, but cheese was simply wrapped in a thin layer of wax or cloth.

“This made it much easier for rodents to find and eat the cheese.

“In fact, during the bubonic plague, it was common practice to forgo cheese in diets so as to not attract mice because people thought mice were attracted to it,” said the website.

However, it was just the easiest thing for the mouse to find in an average house at that time.

200 lobsters, American wine and cheese: all the details on Bidens’ state dinner for France