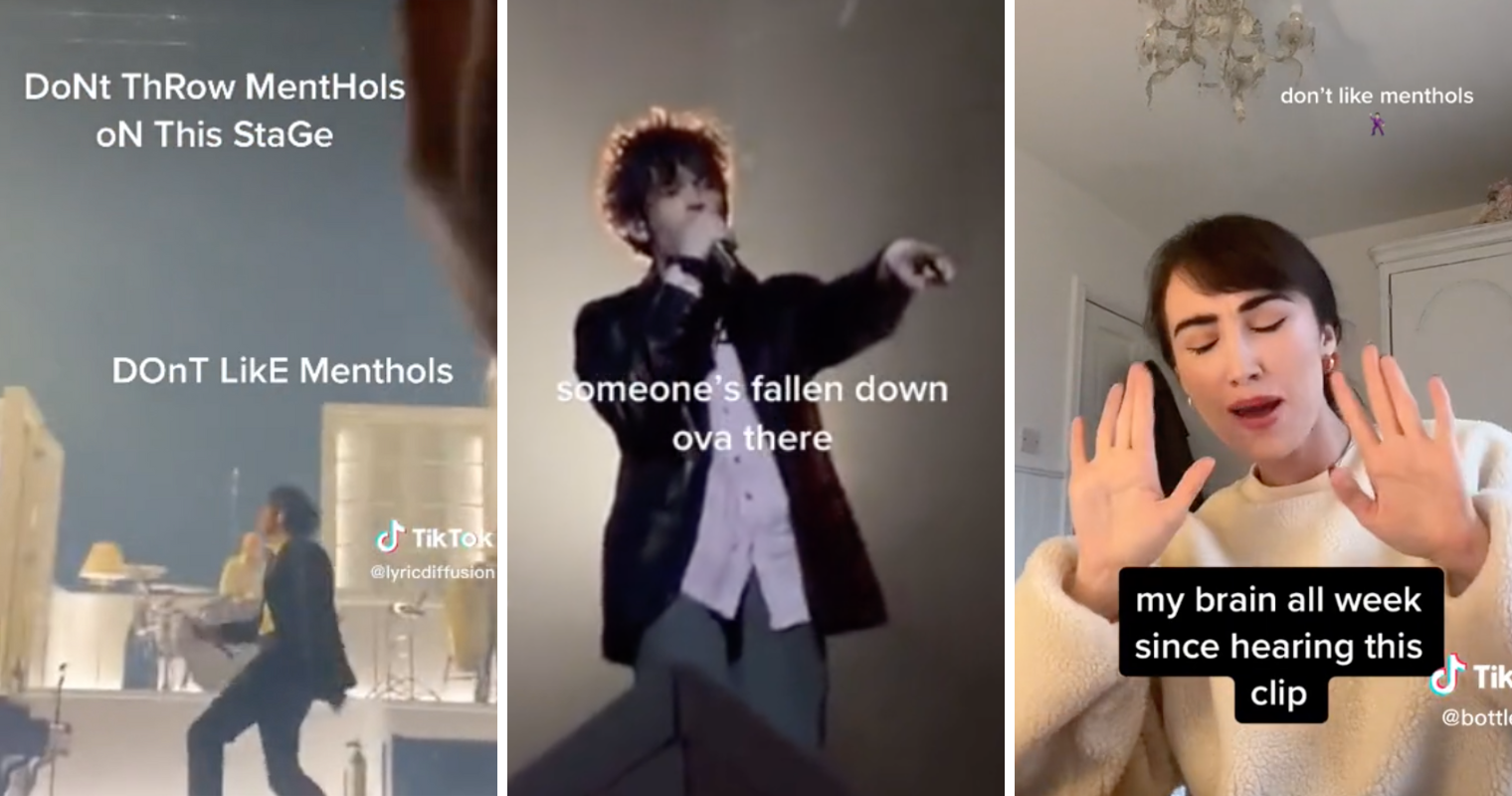 The 1975 are once again absolutely everywhere following their latest album, Being Funny in a Foreign Language and, as a result, so is the Matty Healy autotune meme.

With the band currently on a massive world tour entitled, ‘At Their Very Best’, the Wilmslow lads have been taking the internet by storm. Well, to be more accurate, their ever-eccentric frontman has.

Anyone who has watched a 1975 live performance, interview or music video in the last decade or so knows that Healy has always been a character — it’s part of the group’s overall charm — and he’s been by no means too shy to lean into the persona further in recent months.

We don’t imagine you’ve made it onto the internet recently without seeing at least one Matty Healy autotune clip but there are now so many that people are putting together compilations. Enjoy.

From joking about people’s sub-par seats in various digitised octaves and reacting to the type of cigarettes people are throwing on stage, to simply calling himself hot, the Matt Healy autotuned pre-amble before ‘TOOTIMETOOTIMETOOTIME’ has become a genuine highlight for fans attending the show.

As you can see, on multiple occasions during a breakdown in the live version of ‘I Like America & America Likes Me’, he also manages to turn alerting members of the crowd to other fans falling down into a less serious interjection.

Undoubtedly the most iconic and viral 1975 autotune of all is the now infamous “don’t like menthols” moment, which has gone on to become an almost inescapable TikTok sound at this point.

Not only have people quickly fallen in love with this random little improvisation but, somewhat annoyingly, it is such an earworm that you’re…

Strictly stars delivered Christmas cheer with a side of cheese